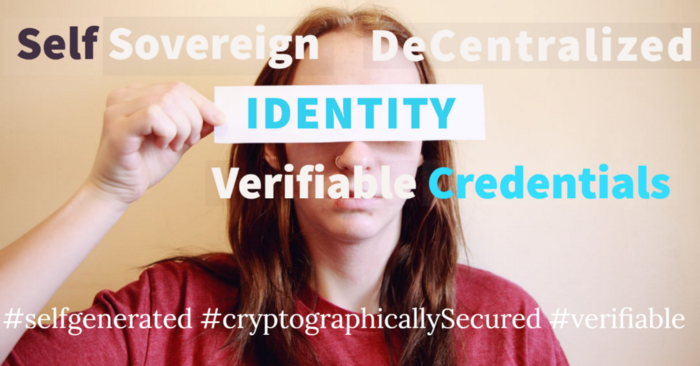 Control of identity in the hands of individuals is a positive long leap from the traditional Issuing Authority routine.

The moment a child opens his eyes to the world, their brain starts recording all the visual data they come across in the form of a data model and start assigning them identity. This is Mother, Father, or a friend or competition 🙂

As they grow they understand more about their identity, as a Student provided their school, as a driver provided by the DMV, as a scholar provided by their University, as an Employee provided by their Organization, as a Parent recorded by the local administration. The list keeps growing with the digital IDs we create with Email providers, and all other online subscriptions we add, and social networking providers like Facebook, Snapchat, etc.

With each item in the list they have a separate identity, issuing authority and need to produce such identity as self-attested or attested by another authority. The need for so many identities, having them at you when needed, and presenting copies of them, sharing them can be exhaustive. And with so many copies out there, it becomes an open invitation to the Identity Frauds despite numerous rules & protocols associated with them. Hence the need for Self Sovereign Identity.

Self Sovereign Identity aims at providing individuals control over whom they share this identity with and to what extent in terms of knowledge. And the knowledge may come with an expiry date for the business with whom this information is shared.

A step towards SSI is Decentralized Identity & Verifiable Credentials (VC).

Decentralized Identity uses decentralized identifiers (DIDs) created by the owners of the identity. This allows for creating entity or relationship-specific DIDs thereby avoiding unwanted correlation. DIDs can also have associated attributes. But these attributes are like self-declaration without any proof.
Thus, Verifiable Credentials is how an issuing authority can provide the missing trust to DID attributes.

There are numerous examples now available with Blockchain, which can realize the concept of Decentralized Identity with Verifiable Credentials.

Blockchain has made it possible to implement VCs & DIDs. It has opened a completely new dimension to identities and a lot of work is being done by enterprises across the world towards implementation and wider acceptance for DIDs backed by VCs.